With Hypergene, Viking Line has access to improved decision guidance for procurement, planning and monitoring

We now have a flexible and user-friendly system that fully supports our transition to rolling 12-month forecasts,” says Mats Engblom, Chief Business Control and Planning at Viking Line. 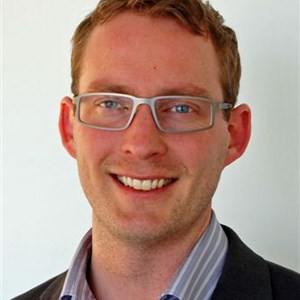 When ferry operator Viking Line wanted to replace its traditional budgeting work with a rolling, driver-based 12-month forecast, it soon discovered that its existing decision-support system was unable to cope. Driver-based budgeting means that the starting point is anything that drives, or changes, the budget, which in the case of Viking Line means that the budget is revised regularly and automatically depending on, for instance, the number of passengers. With this transition in mind, coupled with the fact that the decision-support system they had was unable to meet the organisation’s requirements for user friendliness, Viking Line decided to invest in a new solution.

“We conducted a thorough procurement with a number of system vendors, at the end of which we chose Hypergene. There were several reasons for this, with the user interface being one of most important. The flexibility of the program also worked in Hypergene’s favour,” says Mats Engblom, Chief Business Control and Planning at Viking Line.

Alongside Budgeting and Forecasting, Viking Line also decided to implement Monitoring and Analysis, with the option of Performance Management, in a manner that breaks down overall plans into targets, key performance indicators and activities throughout the organisation.

Using Hypergene, Viking Line can, among other things, monitor all important parameters on board linked to sales, food and entertainment. For example, the system can report daily on how a particular category of goods is selling on board a specific vessel, which categories of customer were on board at the time, and how satisfied they were. Something that can be used both to monitor performance and plan for the future. Viking Line’s solution also includes important check lists that are used as support for employees, and a reporting system for distribution within the organisation. According to Mats Engblom, Hypergene’s system meets all expectations and the company is pleased with the solution.

“We now have a flexible and user-friendly system that fully supports our transition to rolling 12-month forecasts.”

Addressing other companies that may be looking to invest in a new decision-support system, he adds: “Think very carefully about why you need to invest in decision support. You also need to consider carefully which processes you intend to use that decision support for, whether it will replace anything or is something new.”

Each year 6.5 million people choose to cross the Baltic Sea on one of Viking Line’s ferries. Viking Line offers passenger services, recreation and cargo carrier services on the vessels Gabriella, Mariella, Amorella, Rosella, Viking Cinderella, Viking XPRS and on the new flagship Viking Grace. The company has approx. 2,800 employees, reported a turnover of approx. EUR 520 million in 2016, and is listed on NASDAQ Helsinki.