With popular makes such as Volkswagen, Audi, Seat and Porsche, Volkswagen Group Sweden is second only to Volvo as the vehicle manufacturer that sells the most vehicles on the Swedish market. Volkswagen Group Sweden, or VGS, has an existing major contract with Hypergene and uses the decision support solution for budgeting, forecasting, analysis and reporting.

In 2016 VGS decided to expand its use of Hypergene, more specifically the part of the system they call Reporting by Make of Vehicle, in other words how many vehicles of a certain make an individual dealer sells. Since important KPIs were anonymised and not readily available, it was extremely difficult to gauge how sales were actually going. However, with Hypergene’s help it is now possible for VGS to gain full insight into the work being done by their dealers.

Volkswagen Group Sweden, or VGS, is the company that imports and sells Volkswagen Group’s vehicles in Sweden. VGS sells the vehicles to around 50 dealers throughout the country, and the dealers then report back to VGS about how the sales to end customers are going. In the past this feedback reporting from the dealers was anonymised and was not divided up into relevant categories, which meant that VGS was unable to generate financial results per make of vehicle and dealer. However, thanks to Hypergene, that problem has now been resolved.

”We needed to achieve a common platform for the monitoring of dealer sales by make of vehicle, and we found that Hypergene provided us with the support we required”, says Malin Jansson, responsible for business management and dealer risk management within Reporting by Make of Vehicle at VGS.

”This has entailed completely different and better possibilities for us at VGS to monitor how things are going for our dealers”. 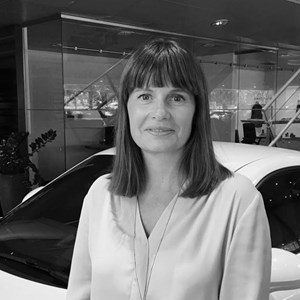 An important reason for VGS’s decision to invest in system support from Hypergene was that there was already a well-functioning integration in place with the system from Bitsdata that the dealers themselves use for sales and delivery processes.

”In addition, we think that Hypergene has a very good system, and the Hypergene team we work with really go the extra mile to achieve the best possible results”, adds Malin.

With the new solution, which makes it possible to see how the sales are going for the various dealers, VGS is presented with completely new possibilities to streamline the work within the accounting function and manage the desired reporting and analysis, both in Sweden and to the parent company in Germany.

Now that the new overview is available, VGS is able to benchmark the dealers against each other. The dealers themselves are now also able to see how they are performing in comparison with a national average and “top ten” statistics, although they do not have access to each other’s results other than in anonymised form. The system also makes it possible for individual dealers to share suggestions for improvement with other dealers, exchange experiences and provide helpful hints to one other, for example about how best to resolve various situations that affect their everyday work. ”This has entailed completely different and better possibilities for us at VGS to monitor how things are going for our dealers”, says Malin Jansson.

What should companies think about when investing in a decision support solution?

”You have to start with the overall goal. What is the purpose of this system, what do we want it to achieve? Personally I would also like to emphasise the importance of having a good and close collaboration with the work group from the system provider, because it really is a matter of collaboration, and the process requires you to meet often, perhaps as often as once a week, like we did with Hypergene during the construction phase, and that turned out really well”, says Malin Jansson.

Volkswagen Group is one of the world’s largest vehicle manufacturers with more than 627,000 employees, offices in over 150 countries and annual turnover in the region of EUR 220 billion. VGS also includes the car rental company Europcar, which is also a customer of Hypergene.